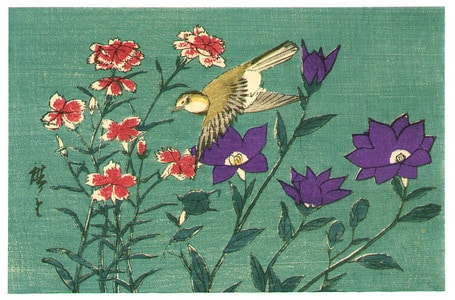 Kacho-ga is a Japanese art sub-genre of Ukiyo-e which depicts birds and flowers; Ukiyo-e describing bird, flower, fish or insects and natural scenery can be included in the Kacho-ga genre.

The word Kacho-ga can be found in multiple orthography, such as Kachoga, Kachō-ga or Kachōga. The kanji “画” reading “ga” can also be found in another form for this word which is “絵” reading “e”. Therefore, there is also the word Kacho-e which is referring to Kacho-ga, they are the same thing, just a different etymology for the same designation of this ukiyo-e art style.

In Japanese the word “Kacho-ga” is written like this:


花鳥画
As you can see this word is composed of 3 characters (3 kanjis):
When we translate this Japanese word into English:
Picture of Bird and Flower

Kacho-ga origins comes from the Chinese culture of the 10th century. During this period, there was two famous Chinese artists known for their bird and flower paintings, Huang Quan 哳㥳 (900–965) and Xu Xi 徐熙 (937–975). 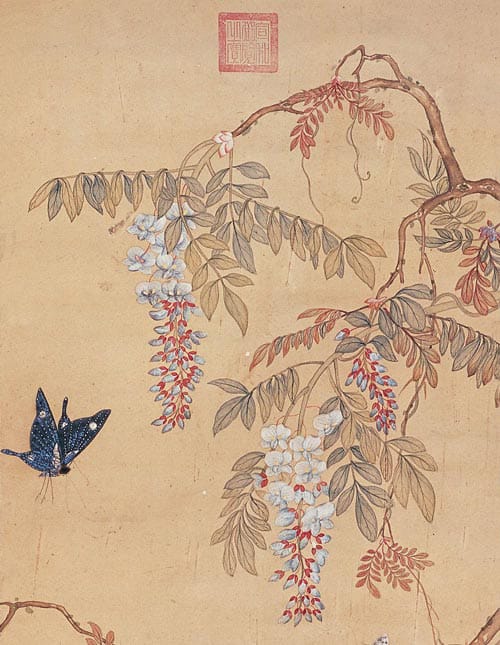 When you do an article about kacho-ga, you have to talk about Katsushika Hokusai, one of the most famous ukiyo-e artist. He is not just famous in japan, but a worldwide star. I will present some of his works which most people outside of japan does not know, for the simple reason that The Great Wave off Kanagawa or Fine Wind, Clear Morning of Mount fuji eclipsed his other works (only in my opinion).

So, to get it out of the way, I will first talk about the Thirty-six Views of Mount Fuji which is a well known ukiyo-e series representing mount fuji from different point of view and sceneries. 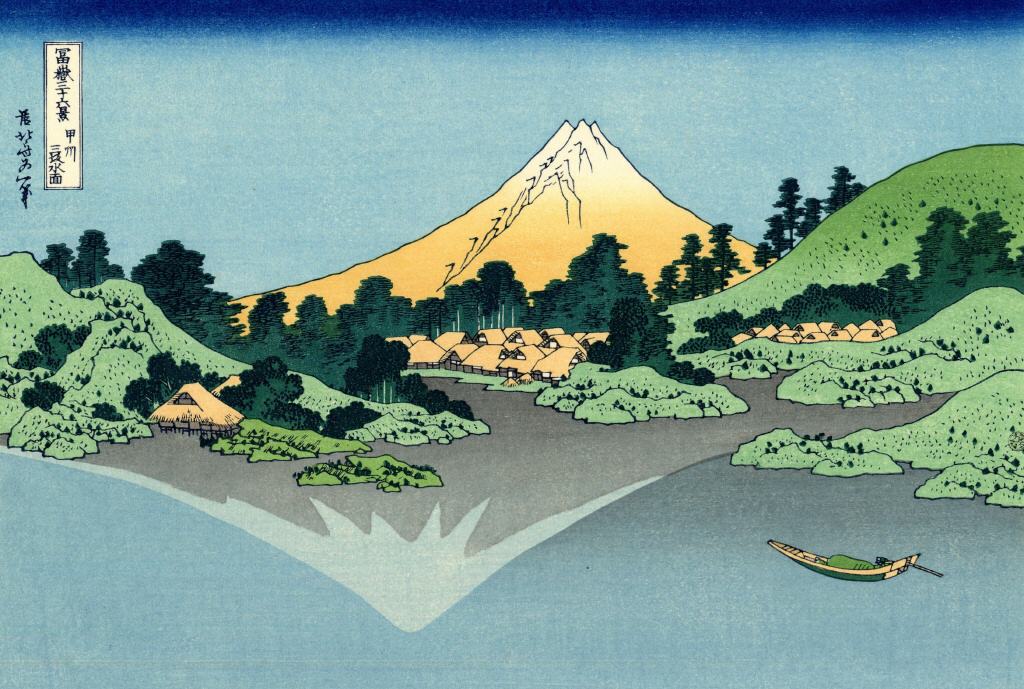 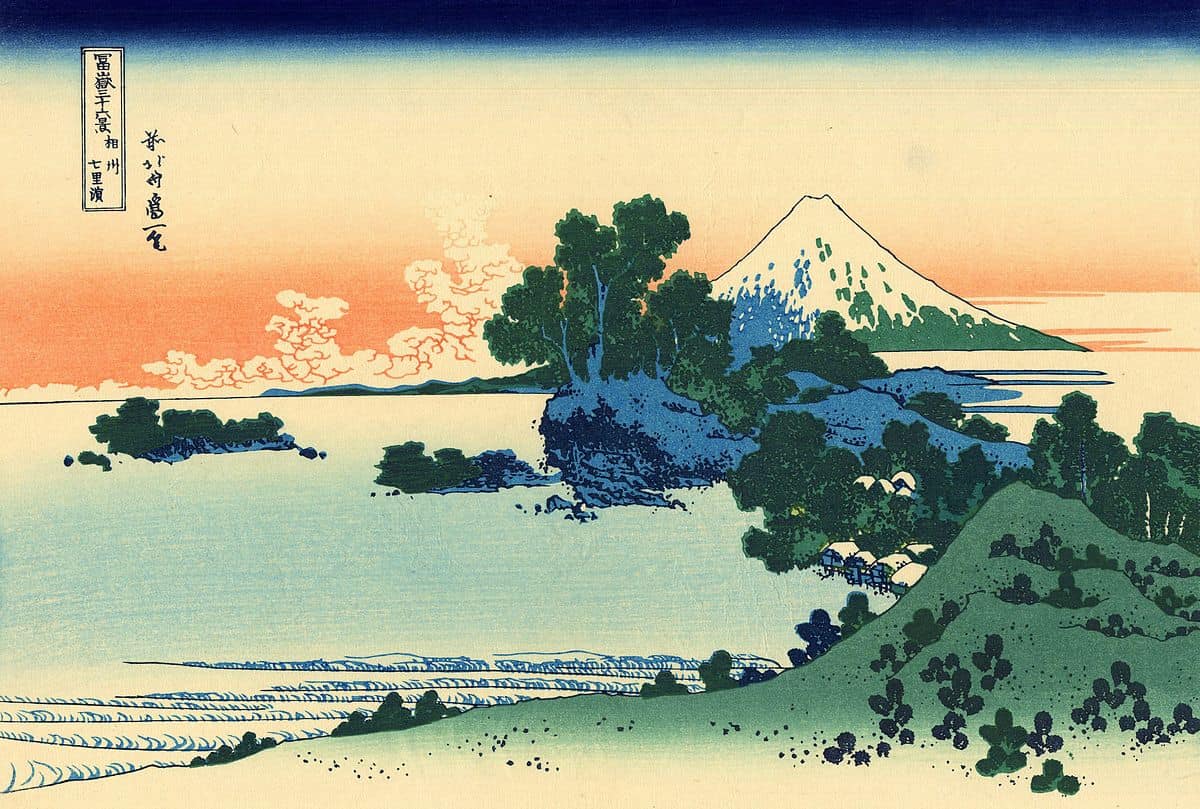 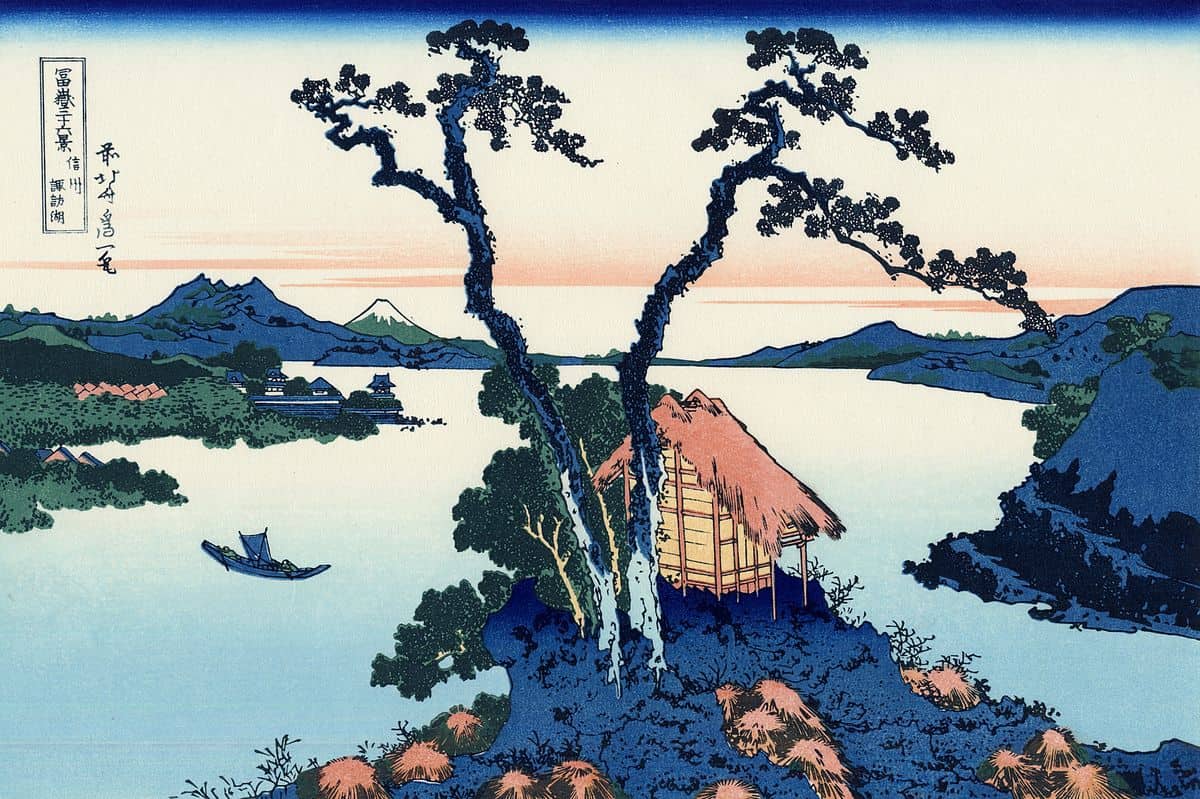 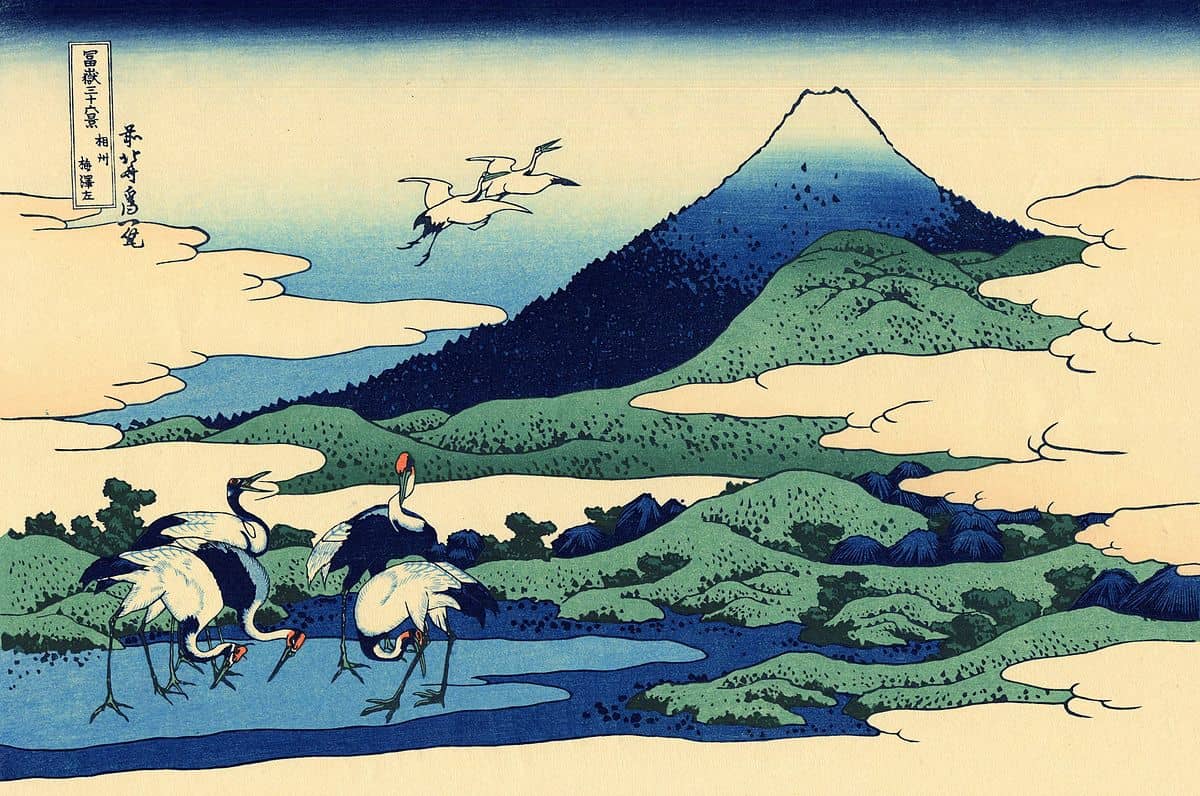 Now, I will present you some ukiyo-e of hokusai in the kacho-ga genre with the most impressive flowers. 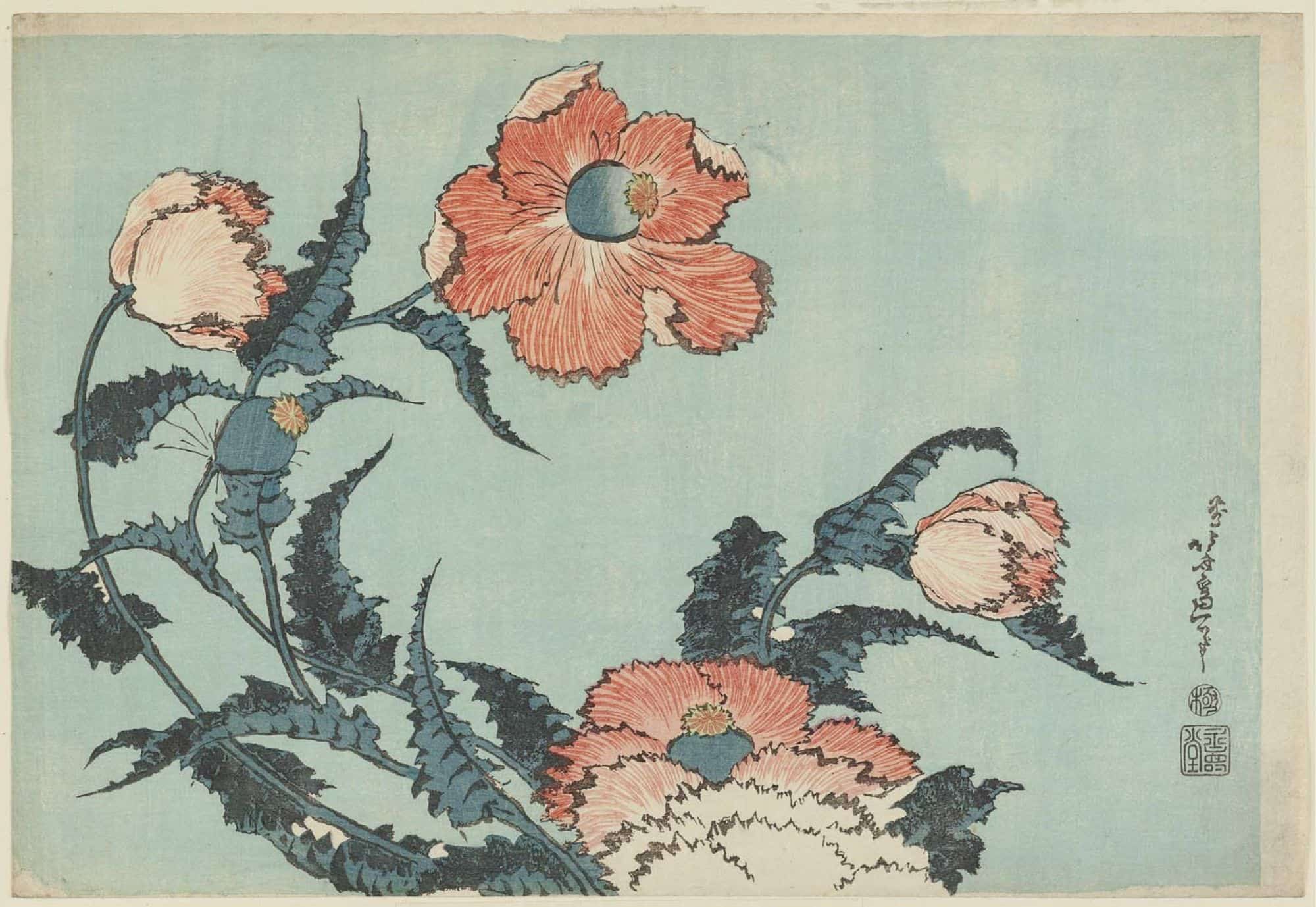 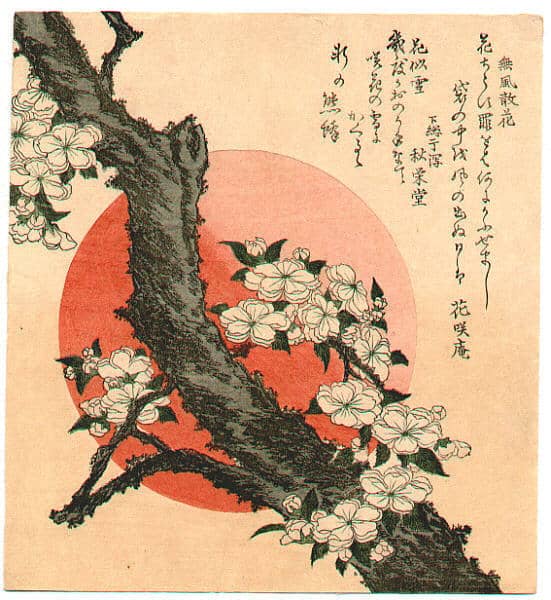 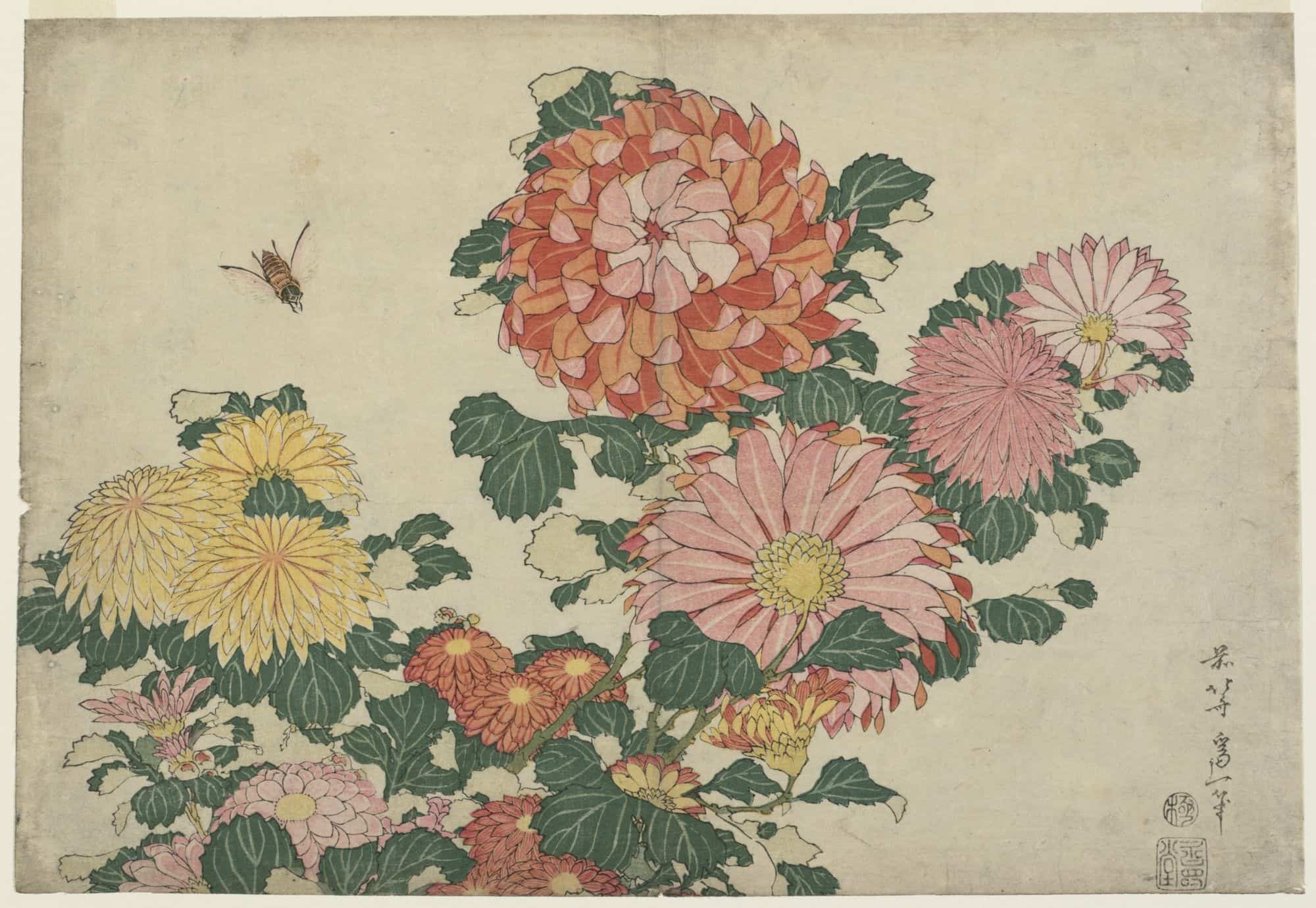 (Chrysanthemums and Horsefly by hokusai) 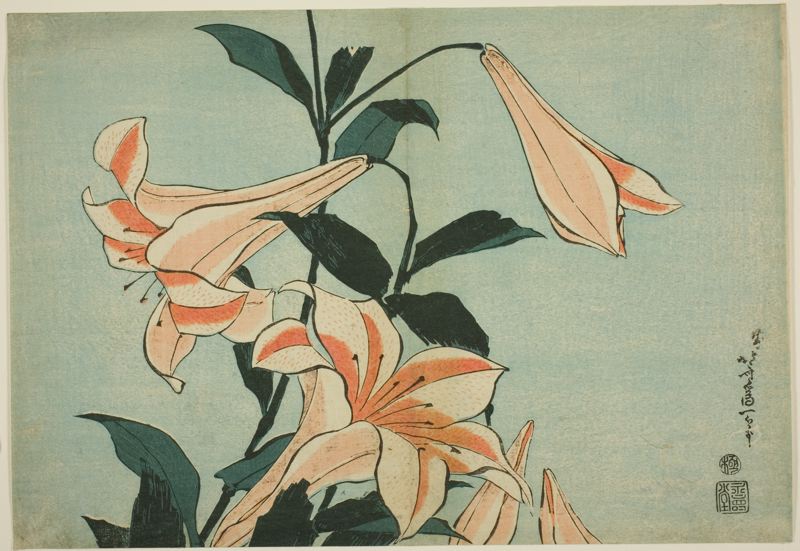 Keisai Eisen is a contemporary of Hokusai, he is an ukiyo-e master known for his bijin-ga style with their enormous head. Also, his main style is not kachoga, but he did draw some flowers and birds. 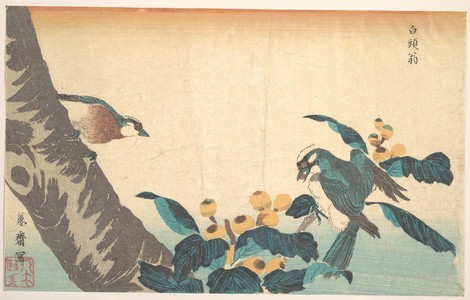 (Birds and Flowers by Keisai Eisen) 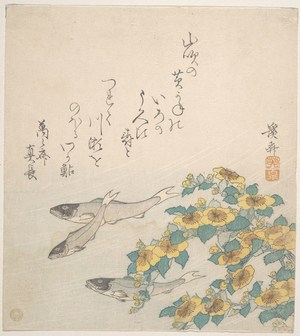 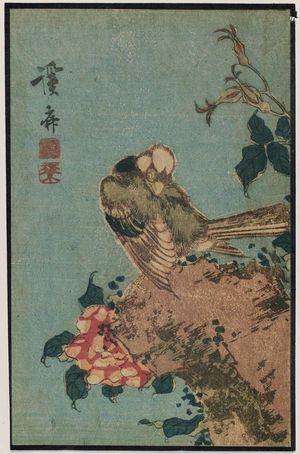 (Bird and flowers by Keisai Eisen)

Utagawa Hiroshige is a famous ukiyo-e artist which is considered the last ukiyo-e grand master before the decline of the genre. He is famous for his landscape series, such as The Fifty-three Stations of the Tōkaidō.
The difference between these two ukiyo-e masters (Hokusai and Hiroshige) are the more subtle colors and poetic approach of Hiroshige. 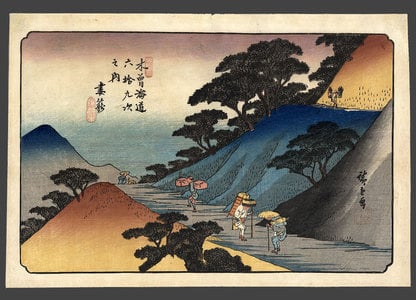 (Distant Bank of Öi River at Kanaya (Station #25) by UtagawaHiroshige)

Hiroshige II inherited the name of his former master after his death and his marriage with his master daughter. His work and style are really close to his master, therefore, the scholars have difficulties to differentiate their works. 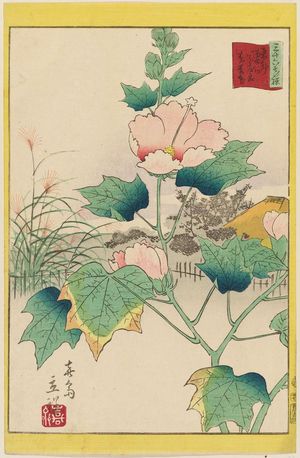 (Hibiscus in the Flower Garden by Utagawa Hiroshige II, kacho-ga) 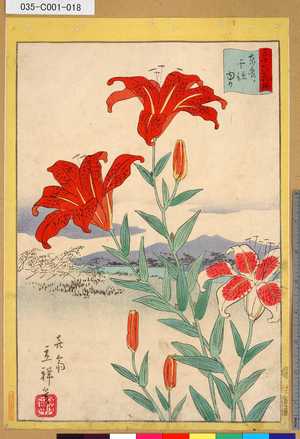 (Odawara, from the series Scenes of Famous Places along the Tôkaidô Road, Utagawa Hiroshige II) 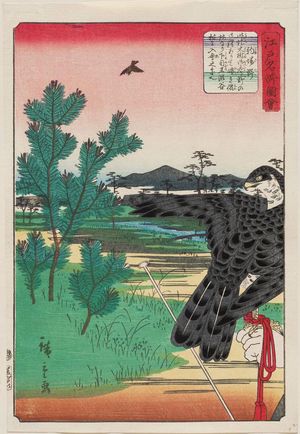 (Komabano, from the series Views of Famous Places in Edo by Utagawa Hiroshige II)

Utagawa Hiroshige III was also a student of Hiroshige, he took the name of hiroshige III after marring the daughter of his master which divorced with hiroshige II. His style was also very close to his master, yet he didn’t know the same success. 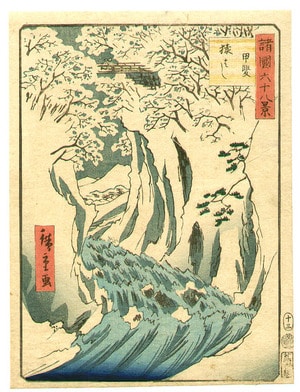 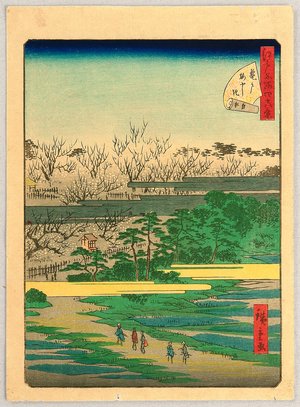 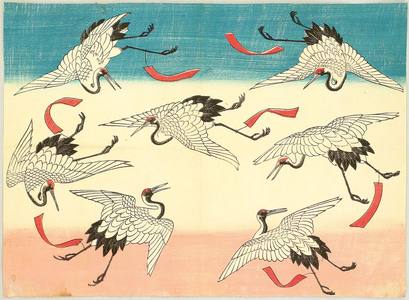 Here is the part about the very prolific Utagawa Kuniyoshi, he draw a vast variety of ukiyo-e, but here we will focus on his kacho-ga work. 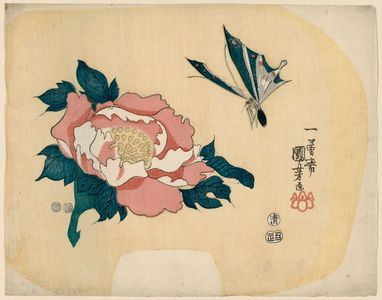 (Butterfly and Camellia by Utagawa Kuniyoshi) 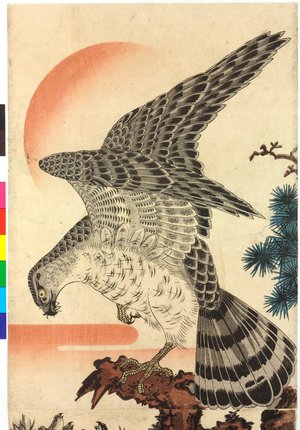 (Hawk and Nestlings in Pine Tree by utagawa kuniyoshi)

(Fifty-three Stations of the Tôkaidô Road by utagawa kuniyoshi) 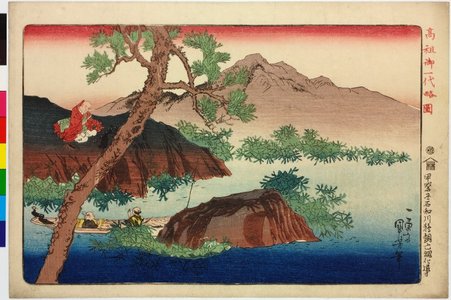 (Converting the Spirit of a Cormorant Fisherman by utagawa kuniyoshi)

Here you have it, I have presented to you some of the kacho-ga artist. But, there are a lot of them out there, therefore, I have hand picked today’s list. I hope you enjoyed it. 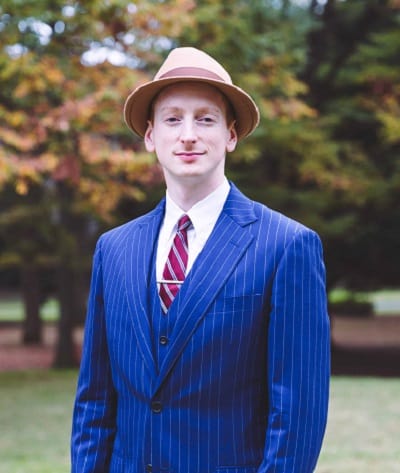 Deligne Mathieu is a young artist with the objective to master the art of drawing Ukiyo-e bird and flower (花鳥画 – Kacho-ga).